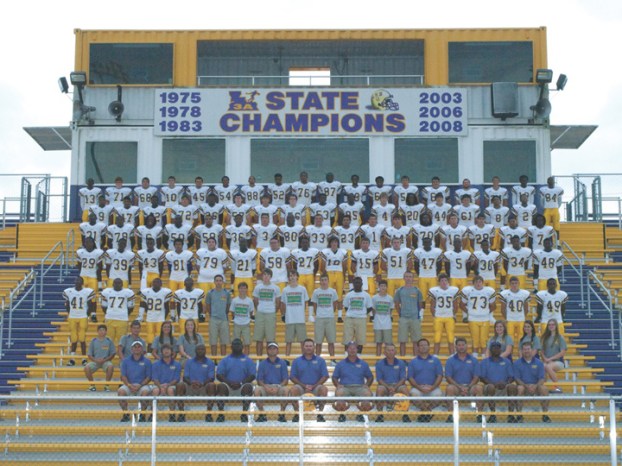 LAPLACE — Lutcher coach Tim Detillier finally has his horses in the stable.

The injury bug bit Lutcher early this season, at one point sidelining 15 players, including multiple quarterbacks.

But starting quarterback Christian Matherne is back, as are many of his then-injured teammates, and Lutcher has turned around its season and has an eye on defending its district championship from a year ago.

Last season, Lutcher (3-4. 2-0) and Plaquemine were tied at halftime before Lutcher returned the opening kickoff of the second half for a touchdown to take the lead for good. That sparked a huge second half for the Bulldogs, who went on to win 34-7.

“That game was a slugfest into halftime,” said Detillier. “That kickoff return was huge. If that doesn’t happen, who knows how things would have unfolded.’

“I’m expecting a knock down, drag out type of game between these teams.”

Matherne has taken off since returning from injury. The younger brother of Ruston Matherne, Lutcher’s stellar quarterback of a year ago, accounted for four touchdowns on Friday night in a 61-6 Lutcher win over Tara and three more in its 42-0 win over St. Michael.

Tailback Julius Maracalin leads the way for Plaquemine. He rushed for 157 yards and two touchdowns in the Green Devils’ loss to Zachary two weeks ago.

Plaquemines is coming off of a 51-0 win over Belaire last week.

After a 1-4 start, Detillier is just happy that his team is back at close to top shape and in the thick of the District 6-4A hunt.

“This is where you want to be this time of year,” said Detillier. “We made it to this position, so lets make the most of it.”