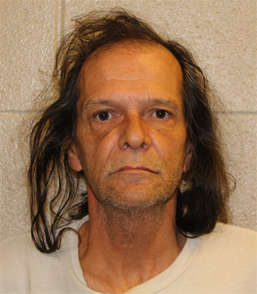 KENNER – On Wednesday a Kenner man was arrested an charged with the April vehicular homicide death of a St. Rose woman.
On April 15, Michael Norris, 56, of Kenner was operating a 2002 Chevrolet Silverado pickup westbound in the center turning lane in the 100 block of West Airline Drive in Kenner. Norris began to make a left turn from the center lane to enter the parking lot of 181 W. Airline Drive.
At the same time, a 2012 Chrysler 200, was traveling eastbound in the left center lane. Norris turned into the direct path of the Chrysler. According to the report, Norris had a clear and unobstructed view of approaching traffic on Airline Drive as he began to turn but failed to yield the right of way to the approaching Chry-sler. The absence of skid marks indicated that the driver of the Chrysler had no time to react prior to the impact, which was a head-on collision.
All of the passengers inside the Chrysler, including the driver and three passengers, awere injured in the crash and had to be transported to a local hospital. Norris was also injured.
Laura Armstrong, 73, from St. Rose., a passenger of the Chrysler 200, died three days after the collision from injuries sustained in the crash. At the time of the crash, Norris admitted to investigating officers that he had smoked marijuana prior to the crash.
A blood sample was obtained and submitted to the Louisiana State Police Crime Laboratory. On June 19, toxicology results were received from
the crime laboratory. They revealed that Norris’ blood specimen tested positive for
the presence of hydrocodone and metabolite of tetrahydrocannabinol.
Norris was located and arrested by members of the Kenner Police Department and U.S. Marshals Gulf Coast Regional Task Force. As of press time, Norris remains in custody. No bond has been set.
Chief Steve Caraway urges anyone with information concerning the crash, to call Kenner Police Traffic Investigator Jon Cryer at 504-712-2336 or Crimestoppers at 504-822-1111.