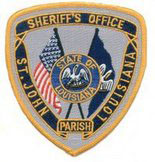 EDGARD – The final preliminary hearing for the three main suspects in August’s deputy shooting incident was held in the Edgard Courthouse on Thursday morning.
The court found proabable cause for all charges against Brian Lyn Smith. The charges for Smith included three counts of attempted first-degree murder of the officers Jason Triche, Anthony Bullock, Scott Boyington and Charles Wale and charges of the first-degree murder in the death of officers Brandon Nielson and Jeremy Triche.
The court also found probable cause for Kyle Joekel in the three attempted first-degree murder charges, although Joekel’s charges do not include any concerning Boyington.
Probable cause was found for Terry Smith on the charge of accessory after the fact to attempted first-degree murder.
During the May 17 court hearing, Crystal Skains, the wife of Terry Smith, testitfied that she saw Brian Smith “sling open” the door of her trailer in her peripheral vision before shots began going off.
According to the testimony, Brian Smith, his girlfriend Britney Keith and Tenesha Bright had closed themselves in her bathroom when an officer followed her inside her trailer. The officer saw Joekel lying on Skains’ bed and asked him to go outside. When they got outside, Skains said the officers threw Joekel to the ground in an attempt to handcuff him. Skains also said the officers began kicking Joekel in his side and then pointed the gun at Terry, threatening to shoot him.
Skains rolled under a nearby picnic table when she heard the shots. She heard Brian Smith say, “I give. I’ve been shot,” and then noted a pause in firing. She then saw Joekel walk past and pick up a gun, likely the same rifle Brian Smith had allegedly used. Skains said Joekel began firing in the direction where the officers had been, though she didn’t actually see Joekel shoot the officers in question. Skains testified that she only saw Joekel aiming the gun in a downward direction.
The next court hearing is July 25.