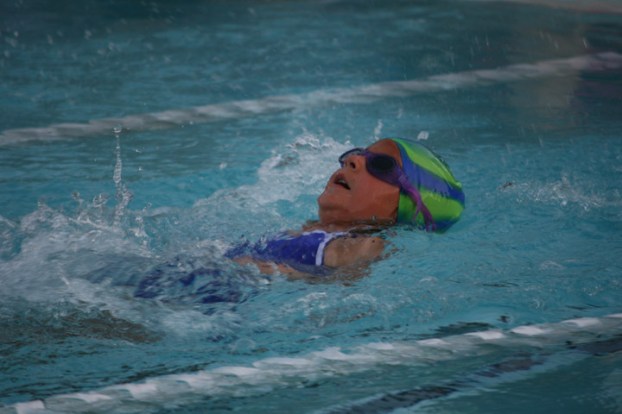 LAPLACE – Riverlands has finished as River Parish Swim League runner-up for two consecutive seasons, and the Stingrays could be on their way to at least matching that success once again in 2013.
The Stingrays notched another win Monday night, besting an improving Sun Villa team 310-238 to move to 3-1 on the season.
Riverlands took an early 63-45 lead after the freestyle and never looked back. Sun Villa notched a victory in the final individual event, taking a 51-38 win in the butterfly, but Riverlands won each relay event 42-28 to wrap up the win.
“We’re where we want to be at this point,” said Riverlands coach Lindsey Vicknair. “I thought we did well. We’ve got a chance now to finish the season strong.”
Alli Badeaux and Grace Richoux led the charge for Riverlands, posting three first place finishes each.
Thomas Chapman, Jillian Badeaux, Lauren St. Martin and Jordan St. Pierre all captured two first place finishes for the Stingrays, while Carter Ory, Gideon Marix, Michael Romaguera, Briley Holley, Olivia St. Martin, Shae Waguespack, Will Torres, Alex Miller, Elise Loisel and Maddie Guidry each nailed down one event win.
Riverlands was scheduled to face Hill Heights on Thursday, after press time. Results will be in the next issue.
The Stingrays will conclude the season Monday night, heading to LaVacherie for a showdown in a meet that could propel either into the top two spots to end the season.
“I think we’ve got a good chance to make some good things happen,” said Vicknair. “If everyone shows up focused on doing their job, we can close on a high note. LaVacherie’s got a good team, so we’ll need to be ready.”