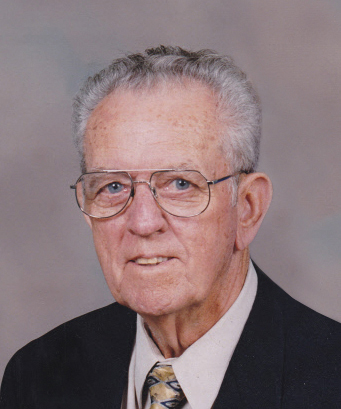 Robert “Bob” Palmer Boudreaux, 91, passed peacefully from this life the morning of June 23 in Lutcher after a gradual decline in health. A humble and kind gentleman, he was surrounded and supported by his loving family and caregivers during the last days of his life. Born Jan. 23, 1922, he lived most of his life in Lutcher.
He ran a family business, C. T. Boudreaux Lumber Co., with his brother Riley Boudreaux for more than 50 years. He also served on the Board of Directors of Riverlands National Bank and was a member of the Lutcher-Gramercy Lions Club. He was a veteran of World War II, serving as a first lieutenant in the U.S. Army Air Corps as a B-17 pilot. He was a past commander of the local VFW. He was a faithful member of the Lutcher United Methodist Church. He graduated from Lutcher High School and Louisiana State University and was an avid golfer.
He is survived by three children: Robert Palmer Boudreaux Jr. and wife, Julie, of Lutcher, Marian Carol Ladek, also of Lutcher, and Richard Davis Boudreaux and wife, Varina, of Eugene, Ore.; six grandchildren: Jennifer B. Olivier and husband, Dane, Rachel B. Manuel, Jason Boudreaux, Palmer Ladek, Jordan Boudreaux and Mason Boudreaux; and three great-grandchildren: Janelle Manuel, Isabelle Olivier and Lillian Olivier. He is also survived by his sister, Irene “Sis” Boudreaux of Minocqua, Wis.
He was preceded in death by his loving wife of 60 years, Marian Davis Boudreaux; infant grandson Michael Ladek Jr.; grandmother Maude Baker; parents C.T. Boudreaux Sr. and Alice Irene Boudreaux; stepmother Jane Boudreaux; and brothers Claude Jr., Riley and George.
Visitation will be held at Rose Lynn Funeral Home, 1870 Cabanose Ave., Lutcher, on Wednesday, June 26, 2013, from 6 p.m. to 9 p.m. and Thursday, June 27, 2013, from 8 a.m. to 10:30 a.m. Religious services conducted by the Rev. Barbara Beaumont and Fr. Vincent Dufrense will be held on Thursday, June 27, 2013, at 11 a.m. at Most Sacred Heart of Jesus Catholic Church in Gramercy, followed by burial at St. Joseph Catholic Cemetery in Paulina. To sign and view the family guestbook, visit www.roselynnfuneralhome.com