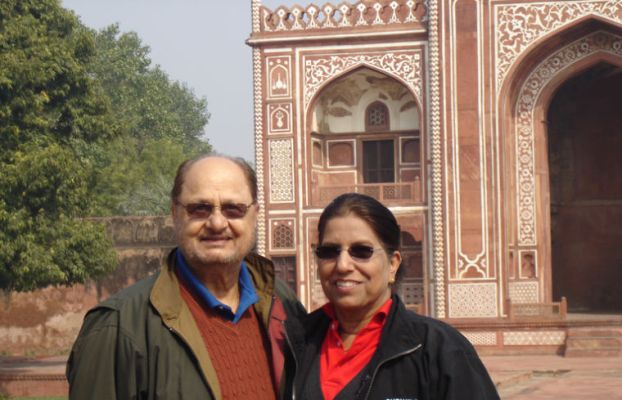 LAPLACE – Rajender Pannu has a spirit of community service.

The 58-year-old mother of three said she grew up in Kuala Lumpur, the capital of Malaysia, with a large family of four sisters and three brothers. Pannu said she remembers her home bieng “very green.” Her parents, who had migrated from India, were loving yet strict about education for their children. The city was under British rule at the time, so Pannu and her siblings went to a convent school run by nuns.

“Despite a large family, my father was always there to provide for us. Education was very important for all of us and they made sure all of the children were educated well,” said Pannu.

Pannu went on to college at Punjabi University in India when she was 18. She was married before she left, but the union was short-lived — her first husband died of a brain hemmorage after four years of marriage. Pannu had one child from the union, her daughter Preeti, who is now 38. The young widow decided she would raise her daughter as best as she could on her own…at least until she met her next husband through a newspaper ad 10 years later.

The couple met Aug. 6, 1985. They were engaged the next day and got married Aug. 9. Pannu then moved to the United States to join her husband, who was already in LaPlace, on Aug. 17. Her daughter was 10 at the time. Pannu said the move wasn’t a big culture shock for her or her daughter.

“It wasn’t really any shock for me because I used to watch American movies and I knew, sort of, the culture. And being brought up by Christian nuns, I was aleady very fluent in English,” she said.

Pannu held several jobs shortly after she arrived, but she and her husband began their venture with Pannu Enterprises in 1997. The couple began building the company, and by 2005, owned seven Subway franchises. That year, however, Hurricane Katrina struck, and like many others, the Pannus suffered massive losses. The couple lost four of their franchises, leaving them with just two. One had been sold a few months before the hurricane.

“They were business losses, so I knew that we could always rebuild. I was very lucky and blessed that my home and family were safe, because those were the two most important things for me. Businesses you can always rebuild. But lives lost or home (lost) would have been devastating for me. So we picked up the pieces and started working on rebuilding,” said Pannu.

Her positive outlook benefitted her and her businesses in the long-run.

The pair managed to secure a major deal with the school some of their children attended, Archbishop Rummel High School, in 2006. According to Pannu, the archdiocese at the time was having trouble with cafeteria operations after the storm. School officials approached the couple to open the first ever Subway franchise in a high school, a move that brought much success for Pannu Enterprises. The Subway is still there but is no longer owned by the Pannus.

“Had I stayed in there, I never would’ve been able to open the rest of my stores, because that was a full-time job over there. So we decided to give up to another Subway franchisee a year later, and started working on rebuilding our other stores,” said Pannu. “It helped us keep the money flowing. It helped keep our spirits high. It gave us a stepping stone to start rebuilding.”

In addition to business sense, Pannu is also an active member of the community. Though she has recently had to step down from some positions because of lack of time, Pannu is currently a member of the Board of Directors for the Audubon Nature Institute and the Asian Pacific American Society. She is also involved with the Belle Terre Civic Association, LaPlace Rotary Club and the Fil-Asian Lions Club of New Orleans.

Last year, the Rotary Club took a trip to the tiny town of Sonepat, India, to administer polio drops to a portion of the population for National Immunization Day. Pannu said the organizers had already set up distribution camps in the village for them to dispense the drops, but they also went door-to-door to give them out.

“We walked the streets of poor neighboorhoods near New Delhi. We gave polio drops to every child below the age of 5. The homes that we were visiting were telling us the children were in school, so we decided to go to one of the schools. On that particular morning, we gave drops to over 350 children in that school,” said Pannu.

“It was very humbling to work with a population that had nothing but a few necessities in their homes. It sort of brought us down to Earth. It’s non-material things that matter. It’s what you give back to the community that matters,” she continued.

Since she and her husband could speak Hindi, the local language, Pannu said she ended up acting as a sort of guide for their group. The trip was even covered by an Indian newspaper.

Though she has been afforded many opportunities to see other locales, Pannu said she would like to travel more in the future and plans to put even more focus into her own neighborhood.

“I’ve done enough for all the other organizations. I’m focused more on our community. I think it’s important for us to take care of our community and keep it safe and beautiful,” said Pannu.