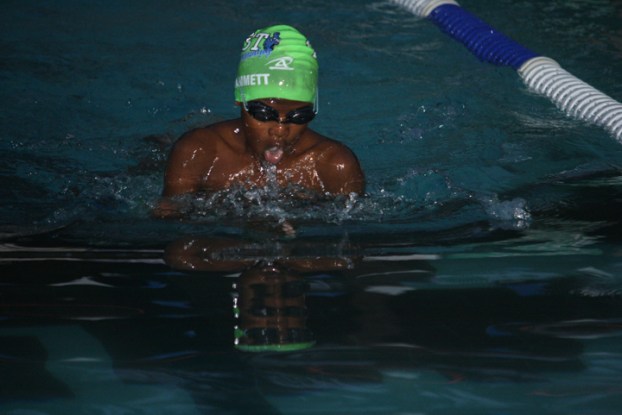 LAPLACE – LaVacherie rode a consistent effort through all events as it earned its first victory of the summer, besting the visiting Piranha Swim Team 340-189 Monday.

LaVacherie led 67-41 after the freestyle event and improved its lead to 142-73 following the backstroke, setting the tone for the night with its two highest scoring events.

LARAYO defeated LaVacherie (1-1) on the season’s first night; the latter had a bye before Monday’s meet.

PST fell to 0-3. It entered the meet coming off of a strong performance in a losing effort to Hill Heights. PST coach Blaine Tatje said he and his fellow Piranha coaches continue to be encouraged with the team’s effort and improvement this season, particularly in the freestyle event, where the Piranhas have consistently scored well.

“You can see how much better we’ve gotten in the freestyle. We’ve come a long way in the butterfly as well. Coach Hailey (Montz) has done a really outstanding job working with them on technique.”

PST hosted Sun Villa Thursday night. It has a bye on Monday. LaVacherie hosted Ellington Thursday and will travel to face Hill Heights on Monday.