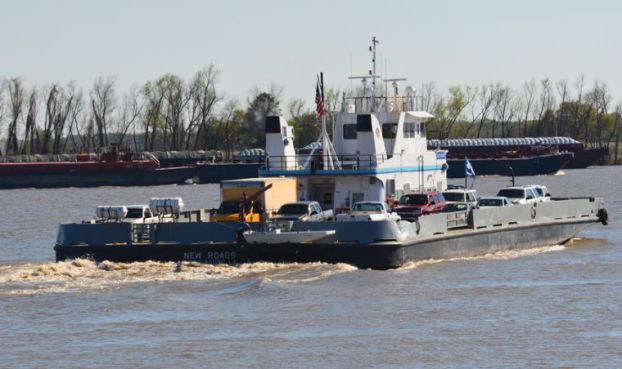 LAPLACE – Although the recently completed session of the state legislature failed to provide funding for the Edgard/Reserve ferry, service will be extended until at least Sept. 1, according to a pending agreement with St. John the Baptist Parish and the Louisiana Department of Transportation and Development.

Parish President Natalie Robottom said the parish has agreed to accept three roads from the DODT in exchange for a road transfer credit equal to $400,000, which will keep the ferry operational Sept. 1. Because of a lack of funding the service was scheduled to shut down July 1.

Robottom, during the parish council meeting Tuesday night, said the state had proposed the parish assume ownership of several more roads but “we only accepted the smaller ones.”

She is optimistic permanent funding to operate the ferry can be secured from the DODT and the governor’s office through the CBDG program.

“We have potential (funding) opportunities,” Robottom sad. “We couldn’t get it down by July 1.”

Shut down of the ferry has been threatened for at least the past year, a victim of massive budget cuts. At one point the service was scheduled to end last year, but a similar arrangement with the DODT provided adequate funding to keep it open until July 1.

Robottom has emphatically stated the parish does not have the funding to maintain the ferry, which operates on a $2 million annual budget. Should the ferry cease operations, St. John will be the only parish from Baton Rouge to New Orleans without any way of crossing the Mississippi River, which cuts through the heart of the parish.

With no ferry service, residents would be forced cross the river either at the Hale Boggs Bridge in Luling or the Veterans Memorial Bridge in St. James Parish, a concern to parish officials because the courthouse is located in Edgard.

Also, vital medical services for west bank residents are located on the east bank, creating an additional hardship for the elderly and low-income residents.

“We’ve been involved with quite a few meetings (with the DODT and state officials),” Robottom said.

The council adopted a resolution Tuesday night allowing Robottom to enter into the latest agreement with the DODT.

Those affected by violence come together