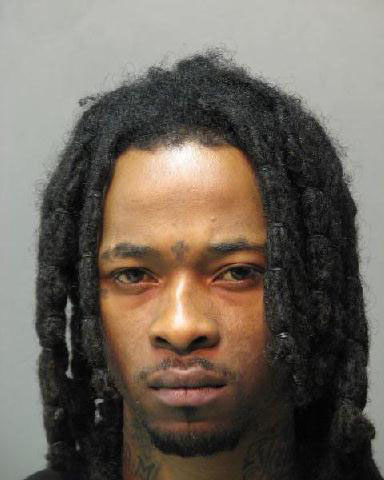 LAPLACE – St. John the Baptist Parish Sheriff’s Office Narcotics detectives arrested a LaPlace man on Monday with an extensive history of offenses.
Detectives executed a judicial court ordered search warrant at a residence in the 100 block of Phoenix Lane. A three-week investigation culminated in the subsequent arrest of Trey Creecy, 27. Creecy lived at the residence with his girlfriend and four small children who ranged in age from 2 months to 8 years.
During the execution of the search warrant, detectives recovered a stolen handgun, drug paraphernalia and $100 worth of marijuana from the residence.
Creecy was booked with possession of marijuana, possession of drug paraphernalia, possession of a firearm by a convicted felon, illegal use of CDS in the presence of a juvenile and possession of a stolen firearm. He has been arrested 16 times in St. John the Baptist Parish since 2002.
His charges included possession with intent to distribute marijuana, possession with intent to distribute cocaine, trespassing, aggravated flight from a deputy and numerous contempt of court warrants for traffic violations. His bond is $56,500.