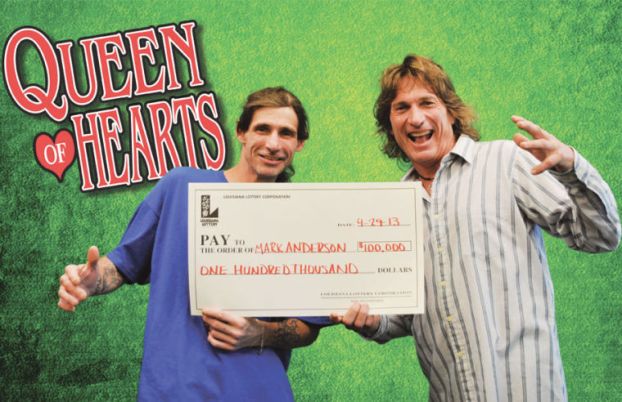 The cards fell in the favor of first-time Lottery player Mark Anderson recently. The 51-year-old Convent resident won a $100,000 top prize on the Louisiana Lottery’s Queen of Hearts scratch-off.
Anderson said his friend, Stephen Smith, suggested he purchase a $5 scratch-off and even provided the quarter for him to scratch the Queen of Hearts ticket after the purchase.
When he realized he won, Anderson joked, “I was looking for the cameras!”
Anderson received $70,000 after federal and state taxes were withheld. He purchased his ticket at Gonzales Super Stop on North Airline Highway.

One of the best kept secrets in South Louisiana is the Southeast Louisiana Veterans Home. The facility is a beautiful... read more