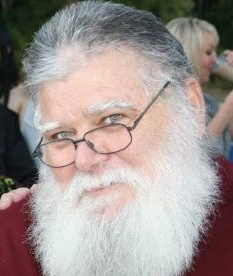 “There are some happy little children in heaven because Santa Claus has come to town.” Dwight “Santa” Siears, 62, passed away Saturday, April 14, 2012, at Hospice of Baton Rouge after a heroic battle with mesothelioma. He was a native of Baton Rouge and a resident of Gonzales.

Visitation will be held Wednesday, April 18, 2012, from 6 p.m. until 9 p.m. at H.C. Alexander Funeral Home in Lutcher and will continue on Thursday, April 19, 2012, from 9 a.m. until 10:45 a.m. at St. Michael the Archangel Catholic Church in Convent. Funeral services will be held at 11 a.m. at the church with Deacon Adams officiating. Burial will follow in the church cemetery.

Arrangements are under the direction of H.C. Alexander Funeral Home in Lutcher. Friends and relatives may send their condolences to www.hcalex anderfh.com.