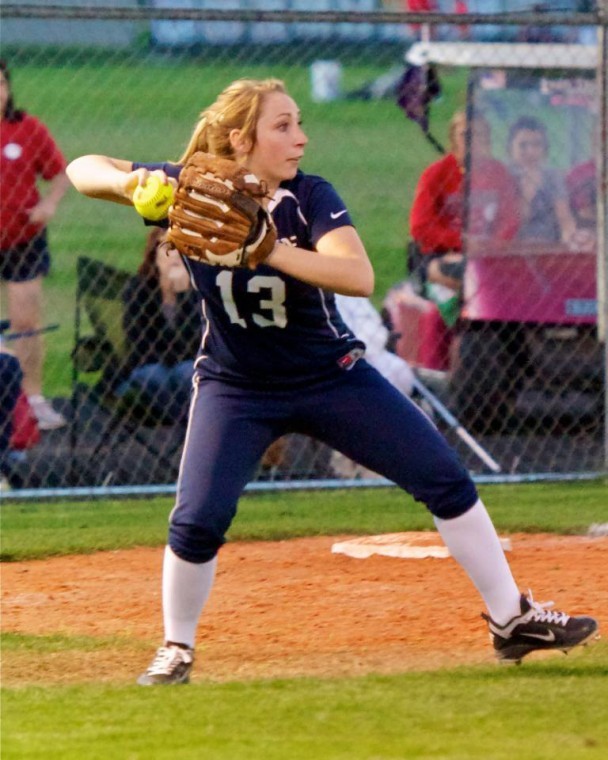 RESERVE — One thing is for sure this softball season: when it comes to scheduling, Riverside didn’t mess around.

Another thing: nobody, thus far, has messed with the Rebels, either. Riverside took down two perennial powers on back to back days this week, defeating Mount Carmel on Tuesday, 7-6, in 11 innings, and then defeating Vandebilt Catholic, 1-0, Wednesday. Both games were played at Riverside. The Rebels remain undefeated this season.

The Mount Carmel (1-3) game did not showcase one of Riverside’s best defensive efforts. Riverside committed 11 errors in the game, yet still found a way to win.

“That part of it was disappointing. You don’t expect to win any game against good competition when you have 11 errors,” said Riverside coach Kristy Hebert. “But I think the one thing it showed was the maturity our players gained from last year.

“They didn’t shut down. Mount Carmel scored twice in the 11th, we came back. They were disciplined in their approach at the plate and in moving on to the next play.”

That way was punctuated in the bottom of the 11th inning, when Kelsi Roussel drew a walk with the bases loaded to force in game-winning run, the third and final score of the inning for Riverside. It came after Mount Carmel went ahead 6-4 by scoring a pair of runs in the frame’s top half; the teams had been tied, 4-4, from the fifth inning on.

Taylor Terrio led off the inning with a single. Toni Hebert tripled her in, then scored on a passed ball. With one out, Erica Delaneuville reached on an error and Katie Bailey doubled. With runners on second and third, MCA intentionally walked Megan Stein, setting up Roussel. Roussel finished the game 3-for-5 at the plate. Kaitlyn Roussel was 1-for-4 with two RBIs. Terrio, Destin Vicknair and Delaneuville each had a pair of hits.

Vicknair pitched all 11 innings, allowing 11 hits. She walked three and allowed one earned run. She struck out six.

Against Vandebilt Catholic (1-3) on Wednesday, Toni Hebert’s drag bunt knocked in Kori Bourgeois in the third inning for the game’s only, and deciding, run. Bourgeois drew a walk and Taylor Terrio singled to set up Hebert. Vicknair pitched a complete game shutout, striking out nine and allowing four hits. Katie Bailey and Toni Hebert were each 2-for-3. The Rebels (6-0) committed no errors in the game.

“I was very happy with the girls, coming off of an 11 inning game the previous day,” said Coach Hebert. “We played back at a high level defensively. We made a few big plays in the field.

“In the fourth inning, we held them to no runs after they loaded the bases with no outs … it was a challenge for our girls and they did a good job dealing with it.”쇓