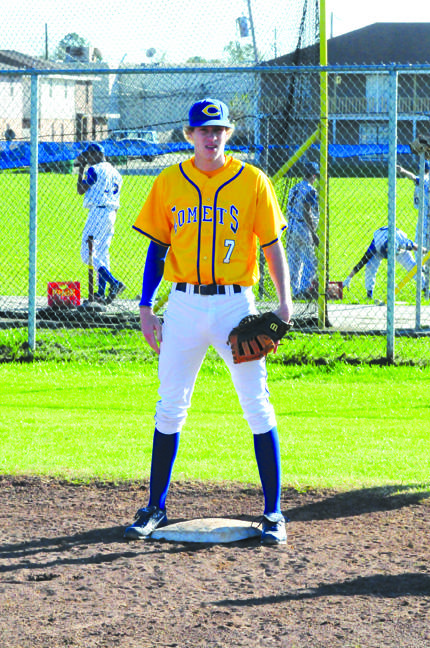 LAPLACE — St. Charles Catholic got its tournament — and season — off to a strong start Thursday with an 11-1 victory in six innings over Northlake Christian in the Jani King Comet Classic.

“We played okay,” said St. Charles coach Paul Waguespack. “This is the first time in at least three years we’ve won on opening day. So it’s a good way to start, something we haven’t had in awhile to begin the year.”

Chad McNeil earned the win for St. Charles on the mound, going four innings and allowing one earned run on three hits.

The Comets led throughout and scored in all but one inning, its biggest output coming in the sixth, a four-run output.

“They helped us out early,” said Waguespack. “They made some errors. We left (bases) loaded in the first, then two on in the third and the fourth. So there were still some things to clean up. We finally put it together in the sixth and finished it out. We scored four on four hits there, we had five hits in the first five innings.”

Waguespack said that the weekend will be a challenge, with games against Sterlington, Evangel and Lutcher looming today and tomorrow.

“If we come out of this 2-2, that’s okay. 3-1 would be great and 4-0 would be unbelievable, because that means we beat both Evangel and Lutcher,” said Waguespack. “And Sterlington’s a tough game too. They can really swing the bat … I don’t see us having any gimmies going forward.”ꆱ