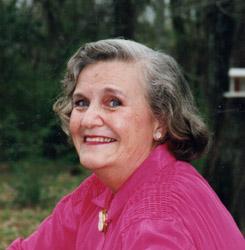 Sherryl Carr Hubbard, born July 24, 1935, passed away Wednesday, Feb. 8, 2012. She was born in Cleveland but lived in New Orleans and Baton Rouge most of her life.

She was preceded in death by her parents, Estelle Carr Hubbard and Shelton Pressey Hubbard, and two grandchildren, Kyler and Krischan Thibodeaux. She is survived by three daughters, Melynie Wright of LaPlace, Sherian Comeaux of Baton Rouge and Chandelle Jaques of Baton Rouge.

She is also survived by six grandchildren, Heather Golden Young, Cody Ball, Caleb Ball, Caison Thibodeaux and Connor Thibodeaux, all of Baton Rouge, and Chelsea Green of Denham Springs, two great-grandchildren, Kylie Golden and Kaden Young, and the Carr family of the northwest coast and Hawaii.

Sherryl had a loving and giving spirit with an awesome sense of humor and a contagious laugh. Some of her greatest joys in life were her family, her work in the theater, becoming queen of the Eros and Virgillian Carnival balls, living in the French Quarter, her four-legged friends and becoming a substance abuse counselor. She was an avid New Orleanian and will be deeply missed by her vast array of friends she met while living a life filled with social events and engagements.