RESERVE – Riverside Academy is celebrating its 28th year in operation as its only original faculty member, principal Barry Heltz, celebrates his 19th year as principal.

Such dedication and devotion to the school (“Riverside Academy is all I know!”) is reflected in its 53-member faculty, 16 of whom are themselves graduates of Riverside.

The 900 students who attend the school are also drawn to the old- fashioned, traditional values and high standards of education, coupled with the discipline and structure Heltz personifies.

“With the paddle, the ones I’ve done it to, it got their attention.”Most of the problems with today’s youth, indeed, stems from a breakdown of the family unit and the correspondingly lack of attention paid to discipline of children.

“I’ve seen a lot of changes with parents and students,” he observed. “Once,the principal’s word was law at the school.”Riverside, however, has endured and continued to grow and develop.

“I’ve seen the school grow physically and academically,” Heltz said, and added that though the school has come under criticism for its perceived emphasis on athletics, Riverside has produced graduates who earned academic scholarships and the school has even produced National Merit Scholars.

However, discipline is very much on Heltz’s mind as the school year prepares to open Aug. 17.”Everywhere, you see achievement test scores go down,” he said. “Whathappened to the Three R’s?” He continued that the difference is discipline, something which begins in the earliest grades and continues through 12th grade at Riverside.

“This is a disciplined, traditional-type school, just like the old days. Ifyou don’t like a lot of rules and regulations, than this isn’t your school. Wehave a very structured way to doing things. That’s the way we operate.”Tradition aside, though, there are changes at Riverside Academy. Thisyear, for the first time, full Internet access will be provided in every classroom. Also, a new cafeteria opens for students this fall, along withseveral new high-school teachers.

“We’re a very Christian school,” Heltz pointed out. “We start off each daywith the Pledge of Allegiance and a moment of silent prayer.”Discipline, for the former basketball coach, assistant football coach and athletic director, has been a watchword for Heltz for many years. Thisyear, however, he is stepping down as athletic director (a post he’s kept since 1979) to devote full-time to his duties as principal.

The school population growth, which has held steady at 900, “has leveled off for the past three or four years,” he said. However, he remains excitedabout the new school year and hopes to close out his education career at Riverside Academy.

“Every day is something different,” he smiles. 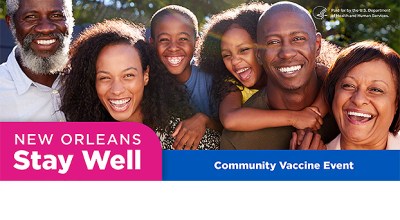